*For those of you who are not familiar with Avvo, it’s a website where lawyers give out free answers and, in return, get ranked higher in its proprietary lawyer directory. 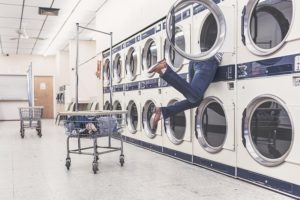 Observation: You walk into their places, and you aren’t quite sure what’s going on. And you pretty much pay what’s on the bill. Also, unfortunately you can’t quite live without them.

Why, then, there’s no Avvo for mechanics? Wait a minute, there’s a whole bunch!  Youtube is full of DIY videos on how-to-fix this and that, and there are numerous websites like ask-your-mechanic.com (not a real website).

They are not the same.

Car-fix videos and websites may be in part trying to promote business, but if you think about it, a very small number of the viewers will be located in the author’s geographical area. Further, the videos more often than not wholeheartedly say “don’t waste your money, you can do it yourself.”

Many lawyers reluctantly participate in Avvo just to gain publicity.

Here’s why we should ditch Avvo.

Mechanics sell their labor, meaning what they charge for is not the solution but the work performed to implement the solution. 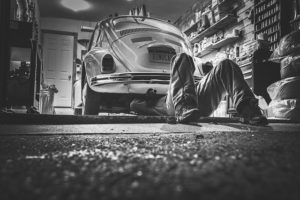 Simply put, DIY videos may provide a solution, but they never fix your problem. If you do it yourself, you can probably save a trip to a local mechanic. But it’s not really free because you’ll be spending your own time and resources to get the job done.

What lawyers sell is often the solution and nothing more. To elaborate, let’s say an attorney researched an issue and found that the law and facts strongly favor the client. Now, what the attorney needs to do is filing a complaint with the court.

Scenario 1: The attorney goes to the client and say “I’ve come up with a great plan to solve the problem, so you should pay $900 for it,” and add that “If you want, I will draft a complaint according to the plan for $100.”

Scenario 2: The attorney says to the client “To solve your problem, you need to file a complaint with the court; it will cost you $1,000 in total.”

These two scenarios are essentially the same as to the effect. However, the latter sounds much more reasonable and convincing to the client.

Scenario 2 works perfectly unless there’s an alternative that involves no lawsuit.

Let’s say there is a no-lawsuit plan that will cost the client $100 less because there’s no need to file a complaint but does the exactly same job. Now, would the client be happy with the $900 plan because it’s cheaper than the the original $1000 plan requiring a lawsuit? Or be appalled at the $900 fee for the all talk and no action plan? In many cases, it’s the latter.

The attorney will be inclined to keep the client happy and earn extra money  by promising justice in the name of a lawsuit. It sounds rather reasonable, but the attorney just tossed out a cheaper but equally effective option. I think lawyers shouldn’t rationalize something like this by saying that’s how it works.

Telling clients what they want to hear is never good in law practice.

I think what Avvo is doing is effectively eliminating the first $900. 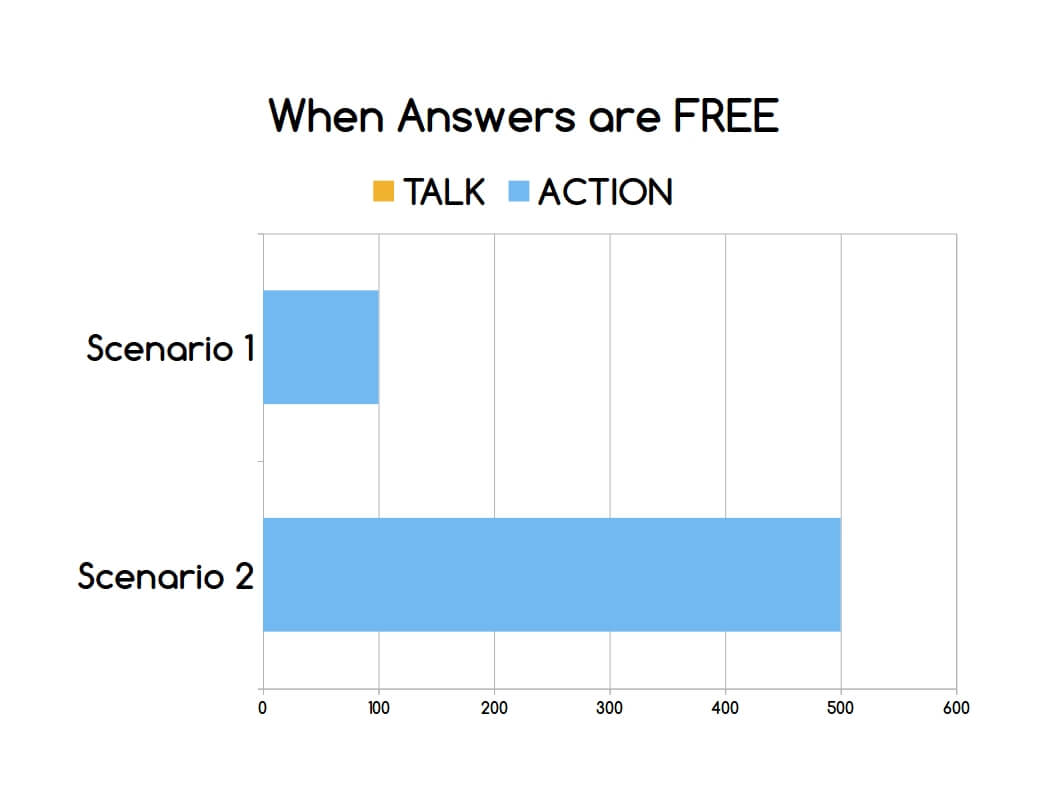 Let’s say an Avvo user acquired a great advice that includes filing a complaint. The advice was given free, but can the client walk into another attorney’s office and pay $100 for filing a lawsuit? Probably not.

The lawyer who was later retained to file a lawsuit might charge less than $1,000 for it, but it all depends on how much the advice can reduce the time and cost to draft the complaint. In all fairness, no plan is like an instruction you can mindlessly follow; the fee could be less than $1,000 but never $100.

Let’s say you stick to the first attorney who masterminded the plan. Here, the lawyer just performed a $900 worth work for free, and … wait a minute. $900 out of $1,000? Is this a rate of discount a seller can afford?

The pitfall of Avvo.

A service provider can’t give out free answers when those answers are actually the essence of their service. Avvo might argue that it’s making legal service more accessible, but I say it’s going into the wrong direction.

A smart way to work with attorneys.

It starts with educating clients. When clients understand what’s going on, billing is just a formality facilitating the exchange of resources. Also, when clients are in control of what’s on the bill, they won’t complain much. Easier said than done, right?

I’m developing a platform where anyone can access a crash course on how to deal with a legal issue and work with attorneys as if they are experienced managers of their attorneys. You can check out IPfever.com where I’m working on trademark and patent related services.

For a starter, I’m writing step-by-step instructions for trademark and patent prosecution and on the side listed each step as a stand-alone product. One can follow the steps and meanwhile get help for certain steps that turn out to be troubling.

IPfever is not another marketplace for legal services. For one, there’s no transaction fees for attorneys or clients. Also, any verified professional can sell their services, and there is no subscription required to access web contents or purchase legal services online.

In the future, IPfever may also include paid services like online tools and resources for law practitioners and office administrators, from which revenue can be generated. However, those services won’t unfairly compete against third-party equivalents. Otherwise, it would follow the footsteps of Avvo, leading legal industry into destructive competition.

Information purpose only and no legal advice or counsel. Using this website does not establish an attorney-client relationship. Do not provide your personal or confidential information unless explicitly requested by your attorney.