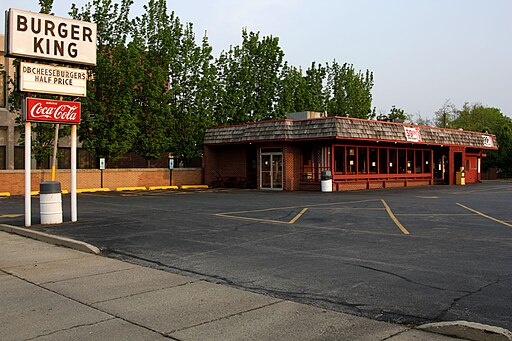 Whether you’re business-savvy or not, you would at least wonder what’s going on. Some of you might heard that the Burger King in Mattoon, IL actually preceded the Burger King franchise. Nevertheless, there is an interesting twist behind that story.

In fact, Burger King franchise changed its name from Insta-Burger King to Burger King in 1954. The Illinois Burger King opened its door only five years later in 1959. Does this make sense to you?

The twist is that trademark rights are geo-limited.

In summary, your name carries as far as your business go. However, if you register with the USPTO, your geographic reach extends to all states. Still, it wouldn’t be recognized in foreign countries though. The same thing was not true for Illinois state registration because the Illinois Burger King ended up having its trademark right within 20 miles vicinity of Mattoon, IL.

What lesson would you learn from this story?

It has become a standard practice to register your trademark with the USPTO. Many businesses do not even bother to register with the states. One of the reasons is that USPTO trademark registration can be done online via the Trademark Electronic Application System, for which you only pay $225 to $275, and it takes about 6 months to receive a registration certificate (if everything goes as it should).

Nonetheless, it’s neither the easiest nor the cheapest way. Many trademark applications get rejected, and it’s a long form with many blanks to begin with.

Legally speaking, domain registration has nothing to do with trademarks. I mean domain itself is not recognized as a trademark unless you use it as trademark.

Nonetheless, when you register the domain first, then second-comers would be deterred from using it for their businesses, assuming they understood the importance of dot-com domain. Also, when you create a website, you’re likely starting to use your trademark globally. I wouldn’t say that meets the legal requirements for trademark use, but still it’s something.

Now, how much a domain registration cost? About $10 a year.

Information purpose only and no legal advice or counsel. Using this website does not establish an attorney-client relationship. Do not provide your personal or confidential information unless explicitly requested by your attorney.